Declutter the Kitchen with This Multi-Cooker

More and more people are looking for ways to simplify their kitchen, reducing the number of appliances and tools that clutter it up. One of the ways to do that is through the Instant Pot. This kitchen appliance has gained a lot of positive attention across the world, with some people even calling it “life changing”. Essentially, it is a device that cooks, slow cooks, pressure cooks, sautes, and more. It is a multi-cooker, but one like no other. So just what makes the Instant Pot so popular?

Overview of the Instant Pot

Very simply put, the Instant Pot is an electric multi-cooker that can be fully programmed for a range of other functions. It is nothing like a standard pressure cooker, however, and it has so many different functions that many people struggle to use all of them. It also functions as a slow cooker, and more. According to the manufacturer, it is a seven-in-one cooker, as it is a:

The manufacturer also believes that the Instant Pot brings with it five very specific benefits:

Features of the Instant Pots

The Instant Pot has a number of key features that set it apart from the many other multicookers out there:

The Instant Pot comes in a range of models and types:

The Lux series are all six in one cookers, as they do not have the yogurt maker. The Duo series and the Smart model are all seven in one. Meanwhile, the Duo Plus is a nine in one cooker, and the Ultra is 10 in one. The Ultra, which is clearly the most advanced of all, also has 11 safety mechanisms, compared to the 10 the other models have. Meanwhile, the Lux series have 10 smart built in programs, the Duo series and Duo Plus have 14, and the Ultra and the Smart have 16.

The Instant Pot website, meanwhile, has a wealth of recipes listed on it that can be followed in any of the models. There are also explanations on the history of multi-cooking, its benefits, and more. The website also has an extensive support and FAQ section for troubleshooting. 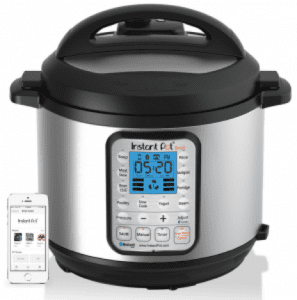 What We Liked about the Instant Pot 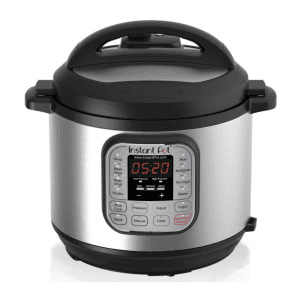 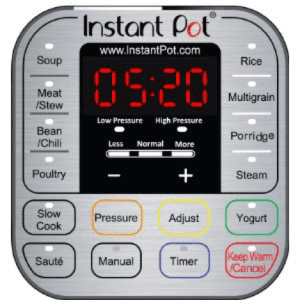 Overall, the Instant Pot is a fantastic kitchen appliance that has a place in everybody's kitchen. It takes some time getting used to it, but the same is true for any appliance. It is true that it is not the cheapest appliance in the world, but considering that it is actually a seven in one appliance, you do save money overall – if you were to buy all seven of the appliances individually, that is. It even makes yogurt, and anyone who has ever made their own yogurt knows how much tastier that is than any yogurt you can buy in stores.

The latest model of the Instant Pot is even Bluetooth enabled, which makes it a smart appliance. It links to the iOS app (no Android app is available just yet), where you can share recipes with others, read theirs, and have a range of programmable functions to choose from. Since we are moving into an era of smart homes, the latest Instant Pot is clearly ready for that.

If you enjoy cooking with fresh, natural, wholesome ingredients, and you don't want to be tied to one type of cooking only, then the Instant Pot is for you. It is quick and efficient, and it creates succulent food. 100% recommend! 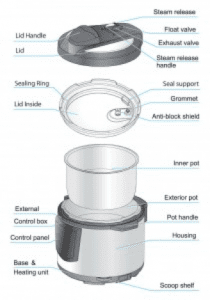 As with any kitchen appliance, there are multiple options that can be considered. We've researched and found a couple alternatives if the Instant Pot doesn't meet your needs, or if you just want to be more educated on the features and functionality of competitive pressure cookers.