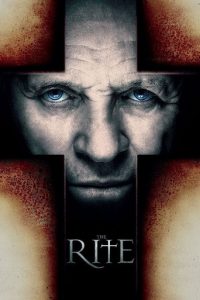 Seminary student Michael Kovak (Colin O'Donoghue) reluctantly attends exorcism school at the Vatican. While he’s in Rome, Michael meets an unorthodox priest, Father Lucas (Anthony Hopkins), who introduces him to the darker side of his faith, uncovering the devil’s reach even to one of the holiest places on Earth.

Seminary student Michael Kovak (Colin O'Donoghue) reluctantly attends exorcism school at the Vatican. While he’s in Rome, Michael meets an unorthodox priest, Father Lucas (Anthony Hopkins), who introduces him to the darker side of his faith, uncovering the devil’s reach even to one of the holiest places on Earth.

The devil is alive and well in Rome. In this story about a young priest, and staunch skeptic, takes viewers into a nightmarish world that is dark and foreboding. First, the young priest, Michael, is given a special assignment as part of his training for the priesthood. Thinking, that this is going to be a lighthearted two month stay in Rome, Michael strikes out to soak up a little bit of Italy. Still a skeptic, even after the conference, Michael is sent by one of the priests to the home of a friend who has performed over 1000 exorcisms. The priest, played by Anthony Hopkins, is bent to convince Michael of the real dangers that exist in the world of good and evil.

The old priest takes Michael to an actual exorcism. At this point, the movie begins to resemble something like a cross between Carrie and the Silence of the Lambs as the devil begins to take over the older priest, leaving Michael as the only person who can save him. It becomes a life and death struggle between Michael and the Devil. By the end of the movie Michael is a believer.

This Parental Guide family movie review for The Rite would not suggest taking any child below the age of thirteen to this movie at all. As horror flicks go, this movie was well made for its genre. This means that it is not for the sensitive types. It does have some sexual references that make it inappropriate for preteens or below. It contains numerous shots of grotesque body deformities and has the psychodrama element that leaves the audience wandering if it is real or if it really is just a movie. The story is supposedly based on true events. Will it make you a believer?

The cinematography of the film used fast shots that flashed from one frightening scene to another. Blood chilling screams in the background added to the dark and foreboding mood of The Rite. The music soundtrack combined with the other cinematic elements to make the audience jump in their seats more than once. All of these elements combine to make the movie frightening and full of suspense using many of the same cinematic techniques that made classics in the horror genre. In my opinion, this movie is destined to become a classic in this genre, but that doesn’t mean that parents should take their children. This is a very disturbing movie. If you take one thing away from this family movie review let it be this. If you decide to go to this film definitely don’t eat before you go see this movie and if you do, don’t say that I didn’t warn you.