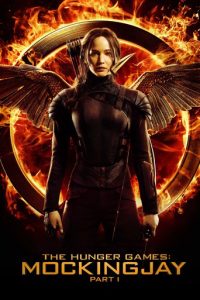 Katniss Everdeen reluctantly becomes the symbol of a mass rebellion against the autocratic Capitol.

Katniss Everdeen reluctantly becomes the symbol of a mass rebellion against the autocratic Capitol.

The Hunger Games series continues and Katniss is back again in Mockingjay Part I. If you don’t know what a mockingjay is, then you are not a Hunger Games fan. This movie is based on a young adult novel. Those of you who are Hunger Games fans already know that you are in for. This move is intense and violent. This kid’s movie review thinks that parents should be forewarned that this part of the series is just as disturbing as the first two, perhaps more so.

This time, Katniss has returned to District 13, where she is a hero that has incited her district to riot. After she has shattered the Hunger Games forever, she still has some business with President Coin. This time she must save Peeta and her own nation. This movie has death, destruction, mass murder by gunshot. There is also the threat of death by fire. Katniss and Peeta face a government who will quell the revolution one way or another.

This is a frightening movie and cranks up the intensity when compared to the first two of the Hunger Games movies. There is an adolescent love story involving the two heroes from the first movie. This movie takes on a post-apocalyptic feel when District 12 is laid to ruin and there is a threat to do it to District 13, Katniss’s home district. It is an all-out war between Katniss, her people, and the Capitol City.

This movie is destined to be a hit, particularly with Hunger Games fans. It turns up the heat and may not be appropriate for children under the age of 13. Those that have already seen the Hunger Games know what they are in for, but this one is more intense than the first two by far. Only you can decide if this is a kid’s movie that is right for you. Now, let’s hear that Mockingjay whistle.