Home » Movie » The Fault in Our Stars

The Fault in Our Stars 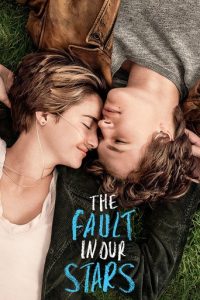 Despite the tumor-shrinking medical miracle that has bought her a few years, Hazel has never been anything but terminal, her final chapter inscribed upon diagnosis. But when a patient named Augustus Waters suddenly appears at Cancer Kid Support Group, Hazel's story is about to be completely rewritten.

Despite the tumor-shrinking medical miracle that has bought her a few years, Hazel has never been anything but terminal, her final chapter inscribed upon diagnosis. But when a patient named Augustus Waters suddenly appears at Cancer Kid Support Group, Hazel's story is about to be completely rewritten.

The Fault In Our Stars is a teenage love story, but it is much more than that. The lead characters, Gus and Hazel are cancer survivors. Gus has lost his leg to cancer and hazel must use oxygen. They meet, fall in love, and try to have a normal teenage relationship, despite their disabilities and illnesses. This family movie guide thinks this one parents will have to decide for themselves.

On one hand, this movie shows teens engaged in activities that parents may not find appropriate role models, but the movie also has some underlying themes that may outweigh the questionable content. The movie shows teens taking off their clothes and going to bed together. They are shown in their undergarments. No actual teen nudity is shown, but there is little to the imagination in the scene. There are several occasions of teens out drinking in public. In one scene the lead character asks her parents if they will buy her some marijuana. Gus puts a cigarette in his mouth but does not light it. He then explains that it is a metaphor for putting something that could kill you to your lips, but not giving it that power.

There is lots of talk about death and “oblivion”. The teens in the movie face a real life drama, which may be too intense for some. There is a lot about the realities of teens with disabilities, including depression and feelings that may be intense for some. They also show strength and courage that is out of the ordinary. The teens in this movie learn to support and love each other, despite their circumstances. It is about supportive families and ability to stick together in the best of times and the worst of times. .

This is a story about real life. It is about the pain. It is about loss, and it is about living life to its. Fullest. Some saw it as a movie that was too intense in some ways due to the themes. The reactions of people coming out of the theater were mixed. Some saw it as a bit over the top for a teen movie, particularly the bedroom scene. Others loved it and saw it as a feel good movie. This parental guide to the movies sees it both ways. It did deal with some adult, real life issues that are intense, but it also had some very positive themes too. The overlying theme of the movie is that no one knows what tomorrow will bring and you have to live life to the fullest while you are here. It is also about accepting one another for who we really are and seeing the real person instead of their outward faults.

X-Men: Days of Future Past