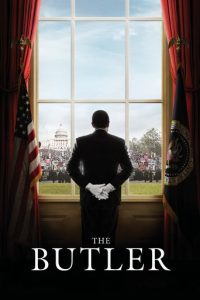 A look at the life of Cecil Gaines who served eight presidents as the White House's head butler from 1952 to 1986, and had a unique front-row seat as political and racial history was made.

A look at the life of Cecil Gaines who served eight presidents as the White House's head butler from 1952 to 1986, and had a unique front-row seat as political and racial history was made.

This story was inspired by a true story. Cecil begins his life picking cotton on a plantation. There are some scenes of racial violence and prejudice, including a black man being shot by a white man. Cecil decides to escape southern culture and head north. In one scene, he becomes desperate and breaks a window to steal a cake because he is starving. When caught, he asks the man for a job and becomes a butler. He gains a position on the White House staff and learns that butlers have played an important role in history.

This movie is an accurate historical depiction of the racial prejudice and culture that was pervasive in this country before the civil rights movement. There are scenes that show the Ku Klux Klan attacking a bus of freedom riders. They throw torches in the bus and burn a cross. A movie theater full of African Americans is burned. It shows the racial division and violence of that time. One person is slapped in an argument. These scenes may be disturbing for some, but for those that are old enough to have studied this era in history, it brings the message home.

The plot of The Butler focuses on racial tensions, between not only black and whites, but it highlights what these tensions did to black family structure. It clearly portrays the class division that existed in black culture at that time. There are many instances of foul language and derogatory name-calling. It focuses on the family tensions that existed as a result of the rise in class of the main character.

The Mortal Instruments: City of Bones