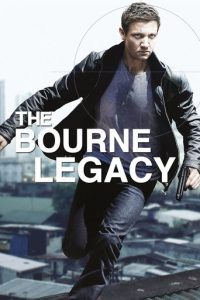 New CIA operative, Aaron Cross experiences life-or-death stakes that have been triggered by the previous actions of Jason Bourne.

New CIA operative, Aaron Cross experiences life-or-death stakes that have been triggered by the previous actions of Jason Bourne.

The Bourne Legacy tells a tale of high intrigue and action. The Bourne Legacy movie is based on a popular set of novels by Robert Ludlum. In this plot, David Webb must face dire stakes in order to save the country from a terrorist plot. Jason Bourne finds himself a recruit in a CIA experiment that gives him superhuman powers and strength. Jason Bourne represents the fusion between science and advances in weaponry.

With the last adventure finally at a close, David Webb has settled into a quiet life as a linguistics professor at Georgetown University. All seems to be well for him, then a bullet narrowly misses his head, forcing him to take on the Bourne Persona to find out why. His first task is to look up some old colleagues at the CIA. When he arrives, he finds his old friend from the agency dead. He soon realizes that he has been set up to look like the murderer and the police are on the way. He now must embark on a mission to find out who killed his friend and who wants him dead as well.

Bourne places his family in a safe house. Bourne uncovers a plot involving Chechen terrorists with a plan to release a biological weapon during world peace negotiations. Actually, it is a mastermind villain named Spalko who is using the Chechen terrorists to cover up his own plans. The Bourne Legacy plot is more twisted than that. It also involves Spalkoäó»s hired assassin, who Spalko has also set up to be a pawn in his own games. Without giving away too much of the plot, provided that one could actually keep track of all of its threads and twists, it is revealed that Bourne has had many identities during his years as an operative for the agency. In the end, Khan the assassin finds his long lost father and makes amends with him. Whew!

The Bourne Legacy movie classifies as an action thriller and was rated PG-13 for violence and intense action sequences. The action in this film includes many sequences of gunfire, explosions, chase scenes and other forms of demise for the characters. It is definitely not one for the smallest members of the family, at least in the view of this family movie guide.