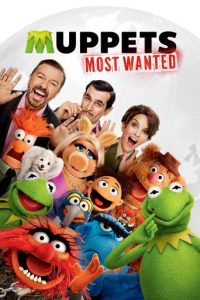 While on a grand world tour, The Muppets find themselves wrapped into an European jewel-heist caper headed by a Kermit the Frog look-alike and his dastardly sidekick.

While on a grand world tour, The Muppets find themselves wrapped into an European jewel-heist caper headed by a Kermit the Frog look-alike and his dastardly sidekick.

Are you ready for another Muppet Adventure? Sure you are, it is hard to get enough of those cute creations of the late Jim Henson. In Muppets Most Wanted, Miss Piggy and friends takes you on a psychedelic adventure of fun and thrills. This family movie review recommends this great caper for the entire family. Let's see what is in store.

This adventure starts out innocently enough. The Muppets are on a grand world tour. All is just peachy until they find themselves right in the middle of an international jewel heist. They think that is it Kermit the frog, but it is really a look alike and his partner in crime. Kermit end up in a Russian prison, as Interpol tries to build a case against him. His Muppet have been duped by his double, and it is definitely not easy being green for Kermit as he pleads that he is innocent. Don't worry, before long, his friends through the ploy and rescue their dear friend.

It has been rated PG for some mild action, but this kids' movie guide thinks that it is a typical Muppet move and fun for the entire family, but that is up to you to decide. This Muppet adventure is one that you just can't get enough of. This movie is cute, cute, cute. It is absolutely laugh after laugh for the entire family. You know they always try to sneak in a few jokes for the adults too. It is not just for the kids, but also the kids at heart.

This movie has it all, dancing girls and the Muppets Got the Moves Like Jagger as they all pitch in to catch the real crook to save their beloved Kermit. This adventure takes you around the world in a fun way. Everybody's feeling alright in the crazy adventure starring everyone's favorite characters. What if there were two of me? What if there were two of everybody! JK, see the movie you will LOL.