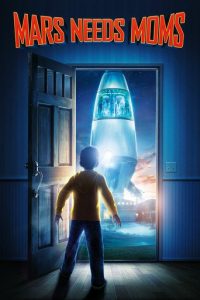 When Martians suddenly abduct his mom, mischievous Milo rushes to the rescue and discovers why all moms are so special.

When Martians suddenly abduct his mom, mischievous Milo rushes to the rescue and discovers why all moms are so special.

Moms, you just canäó»t live with them! In this cartoon sci-fi Disney adventure, Milo and his mother have a relationship that is just like other moms and sons on planet earth. Mom just wonäó»t let her kid be a kid. She makes Milo eat his broccoli, and like any other kid, he would rather feed it to the cat. Mom makes him do his homework, wonäó»t let him watch video games all night and other annoyances that have plagued every other kid on this planet. Milo wishes that he did not have a mom to bug him all the time.

One day, he got his wish. His Mom was kidnapped by aliens who were stealing them to fill a shortage on their home planet. Martians needed moms to raise their own kids, so they kidnapped them. Milo realizes that Mom was not so bad after all, and decides to go on an adventure to get her back. With the help of a knowledgeable friend, Milo travels to Mars and discovers the plot.

It is a spoof of Star Wars IV äóñ A New Hope, but that would only be obvious to those die-hard Star Wars fans. For the rest of the world, it is still a kid friendly comedy. The MPAA rated it a PG for science fiction action and peril. That might have been a little conservative. It is good Disney fun, unless your child is sensitive to this type of content. It contains science fiction action and a sense of peril as Milo must thwart Martian danger in order to save his mother.

This movie has a lot of redeeming qualities. First, it is fun and has many jokes that any kids can relate to, Milo and his Mom have a stereotypical relationship that both moms and kids will find familiar. In the end, Milo finds that his Mom is not so bad and they have a new, positive relationship in the end of the movie. This happy ending sends a good message about appreciating moms and all that they do for their kids, even if they might be a little annoying at times. This family move review has to consider this one just good clean fun with a positive message behind it. Go see it, take your kids, but be sure that they eat all of their broccoli first!