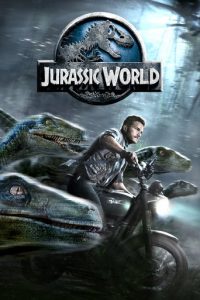 Everybody knows what happened in the first Jurassic Park. Everything goes haywire and our heroes barely escape with their lives. In the second Jurassic Park II, it seems that John Hammond is back about it again. Someone should have known that he would not have given up that easily and had a backup plan. This time San Diego was nearly destroyed. In Jurassic Park III, a paragliding incident lands a family in danger, only now it seems that the velociraptors have evolved into a highly intelligent nemesis. Next, we have Jurassic Park IV, where we meet the terrible Indominus Rex. Now the Dinos are back once again in Jurassic World. What could possible go wrong? This family movie review is here to tell you.

Now a second park is ready and open for business. The scientists have now genetically engineered a new breed of dinosaur, and of course, everything goes horribly wrong. Once again, our group of heroes barely make it off the island. If you have seen the first four Jurassic movies, you know that this movie has danger everywhere. People are eaten and this dinosaur is even more terrifying that any before her. There are people running to escape being eaten. There is gunfire and helicopters. Dinosaurs eat other dinosaurs and there is fear factor that is something out of your worst nightmares. The movie is full of narrow escapes. The blood and gore factor in this movie is intense. I need not even go into details. The dinosaurs do not play well with others.

The dinosaurs are now more horrible nemeses. They are intelligent and ferocious. This is an intense movie. In this movie, you get even more up close and personal with the terrible lizards, making the action all seem very real. For this reason, this kidsäó» movie review thinks that parents need to think twice about taking their smallest members of the family to see this one. This is no Disneyland adventure. That being said, your Jurassic Park fans who loved the first four will love this one. This movie transports you to another world, a worthwhile two hours on any hot afternoon. The park is open.