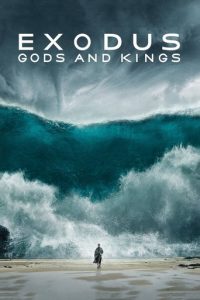 The defiant leader Moses rises up against the Egyptian Pharaoh Ramses, setting 400,000 slaves on a monumental journey of escape from Egypt and its terrifying cycle of deadly plagues.

The defiant leader Moses rises up against the Egyptian Pharaoh Ramses, setting 400,000 slaves on a monumental journey of escape from Egypt and its terrifying cycle of deadly plagues.

Exodus: Gods and Kings has been the topic or controversy among movie goers this week. What they expected was not what they got with this one. The most common complaint when a movie is based on a book is that it is never quite as good as the book. In this case, it does not even try to come close. The story is familiar. The defiant leader, Moses, prepares to rise up against the Egyptian Pharoah, Ramses. The ten plagues that follow finally convince Rameses to free the 600,000 slaves. Moses then begins his epic journey to freedom, across the great desert. This familiar tale is one that is known by heart by many. This Parental Guide to the movies thinks that the parental cautions for this one have to go beyond the usual kid friendly advisories.

The Bible story is not one for the faint of heart. The world of the Egyptian slaves was brutal. Many people get run through with swords and there is intense violence throughout. Anyone who knows the Bible story knows that Ramses was not one of the gentler souls. Slaves in the movie are whipped until their backs are bloody. Blood and wounds are shown in the combat scenes. The plagues are portrayed in a violent and realistic manner. Dead bodies, swarms of flies, and carts carrying piles of dead bodies are shown. There are public hangings, a crocodile attack where the river turns red, boils on people’s faces, dead animals with blood coming from their noses, and people dying as the sea swallows them. There is an underwater scene of dead bodies and horses that are drowned. Let us not forget the slaughtering of the goats that are shown so that the Hebrews can mark their doors with their blood. This movie is frightening and intense, even for many adult viewers.

To this point, there should be nothing shocking about the contents of the movie. There have been many styles of movies that portray the classic Bible story, but this one is much more graphic than earlier versions. Will it go down as a classic in a similar manner to Charlton Hesston in Ben Hur? That depends. From an accuracy standpoint, this one has Biblical scholars up in arms. Many of them consider it more science fiction than the retelling of a Biblical tale. It was anachronistic, with many of the ideals and attitudes in the movie modernized to the point where it changed the context of the Biblical story. Is it worth seeing? That is for you to decide. This kid’s movie review thinks that the jury is still out on this one.

The Hobbit: The Battle of the Five Armies