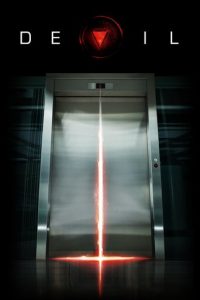 A group of people trapped in a elevator realizes that the devil is among them.

A group of people trapped in a elevator realizes that the devil is among them.

Being trapped in an elevator is bad enough, but being trapped in an elevator with the Devil himself is worse than anyone can imagine. This is exactly what happens to the group of characters in this psychological thriller. This is not a movie for small children. It was rated PG-13 for thematic content, language and sexual content. The purpose of this movie is to scare the Devil out of the audience (sorry, couldnäó»t resist). Disturbing images and tough ethical questions are how the makers of this movie set out to accomplish their goal.

Every element of the movie, from its intense, tension-filled sound track to its sudden turn of events that forms the plot of this movie says horror flick. Frankly, I am a seasoned fan of horror movies from a very early age. I am no wimp when it comes to horror flicks, seen them all, done them, but even the trailer of this one scares me. If you can scare a seasoned pro like me, then less seasoned and more sensitive viewers will probably have nightmares for a long time after this one. Save yourself a therapy bill and donäó»t go see it if you fall into this category.

The most graphic image in the trailer is bad enough, the Œ_ shot of the man coming at you with a knife, puts YOU in the elevator, a very effective technique for putting the audience äóìinäó the movie. If this is an example of the remainder of the movie, you can expect to be bothered by this movie. It plays on our deepest and darkest fears, including fear of the dark, fear of small places, fear of heights, fear of strangers, fear of being trapped with a psychokiller, fear of the Devil, fear of the unknown, and last but not least, fear of being trapped in an elevator. Pick a phobia and it is probably covered somewhere in the movie. This movie to too scary for children, probably until sometime in the mid-teen years. If you like psychological thrillers and are not too afraid, get the kids a sitter and have an adult night out. Do not take the kids to this one.