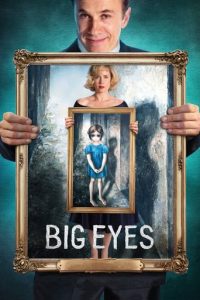 The story of the awakening of the painter, Margaret Keane, her phenomenal success in the 1950s, and the subsequent legal difficulties she had with her husband, who claimed credit for her works in the 1960s.

The story of the awakening of the painter, Margaret Keane, her phenomenal success in the 1950s, and the subsequent legal difficulties she had with her husband, who claimed credit for her works in the 1960s.

Tim Burton is back this holiday season with another one just in time for the holidays. This time, the audience gets to see Burton’s more serious side. Big Eyes is the story of the awakening of the artist Margaret Keane. It is the story of the awakening of Keane’s artistic talents in the 1950s and her legal struggles with her husband who claimed her works as his own in the 1960s. This parental guide to the movies thinks that this inspiring movie is a fascinating story, but it may not be as appropriate for all audiences as one would expect.

The story begins as Keane learns to paint her feelings. This is a real life story based on the life of a famous artist. In the beginning, only her poodle knows her secrets, but soon everyone will come to know her name. There is a mention of reefer, flirting, and divorce. However, they are presented in a 1950s context. All of these activities were scandalous in the context of the time period, but may not be so shocking to the modern audience.

As Keane’s work becomes famous, largely through the marketing efforts of her husband, Keane gains fame and fortune that she never imagined. Her wife outright claims her work. She lies to her child and she cannot tell anyone, or her empire will collapse. This is a movie about lies and deception. It is a story about women’s roles in the 1950s.

Perhaps the most important thing to remember about this drama is that it presents ideals that may seem shocking to the modern audience, but that reflect the attitudes and social norms of the 1950s. This is an educational film for those that are able to understand it in context. Those who are 13 or above may have had enough history to understand the underlying themes. The content and thematic elements of the movie are adult in nature. It is about psychological abuse and control. Although the movie stays away from physical abuse, there are some threats if she tells who the real artist is. This is a movie that deals with female oppression and control issues. It may be disturbing for some due to these thematic elements. This parental guide to the movies thinks this one is up to you to decide.