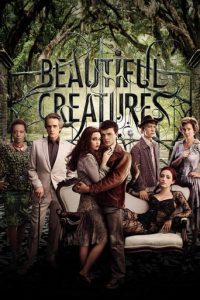 Ethan Wate just wants to get to know Lena Duchannes better, but unbeknownst to him, Lena has strange powers. As Lena's 16th birthday approaches she might decide her fate, to be good or evil. A choice which will impact her relationship forever.

Ethan Wate just wants to get to know Lena Duchannes better, but unbeknownst to him, Lena has strange powers. As Lena's 16th birthday approaches she might decide her fate, to be good or evil. A choice which will impact her relationship forever.

Ethan only sees glimpses of a young lady on the Civil War battlefield where he is ultimately struck by lightning. These reoccurring dreams never stop and when Ethan moves to a small, southern town, he is about to run into the girl of his dreams. Beautiful Creatures tells the story of a star struck teenage romance with a supernatural twist. This new movie genre was popularized by the Twilight series and the comparisons will be inevitable. Beautiful Creatures is the second movie in this newly emerging genre to hit the big screen. Movie reviews and ratings are certain to be mixed due to the comparisons between this movie and the Twilight series, but this parental guide to the movies does not feel that they are similar in terms of being a movie for kids.

The girl of Ethanäó»s dreams, Lena, is about to turn 16. Like many teens, she has a secret. Her family is cursed and comes from a long line of witches, called äóìcastersäó in the movie. On her 16th birthday she will ultimately be claimed by the forces of good, or the forces of evil. The young couple embarks on an all out battle to make certain that it is the light side that wins the fair maiden.

The movie was rated PG 13 for violence, images that were considered too scary for kids movies, and some sexual material. One such scene involves a red haired vixen dressed seductively, slinking across the sports field in search of Ethan. She plants a big one on him in a way that suggests that there is more to come in the scene that was not shown on screen. This was an older woman and not the young heroine. Ethan and Lena kiss, hug, and otherwise promote a healthy teenage romance. Other than these actions mentioned, sexual references are suggested, rather than overt. This is a story that revolves around forbidden teenage love, but it is the emotional part that is emphasized. There are some scary scenes including casting battles between the various evil forces. The teens in the movie are smart and sophisticated, which helps to underplay the sexual content of the movie.

As far as whether the movie is a movie for kids depends on age and maturity. Beautiful Creatures is about a teenage romance, so it probably will not interest those that have not yet begun that journey in life. It is not recommended for children below the age of ten due to the sexual material. It is definitely too scary for the younger members of the family. They would be likely to have nightmares about this one.

Beautiful Creatures promises to do one important thing in the world of teenage romance movies. It solidifies the existence of a new teenage romance genre. The supernatural element in the romance novel will be certain to become a perennial on the big screen. Lovers of this new genre seem to like suspense, drama, and two lovers pitted against forces that are much bigger than them. Their prize is their ability to be with one another. It will be interesting to see what this genre has in store in the years to come. It offers almost endless creative potential. Your Twilight fans will like Beautiful Creatures.