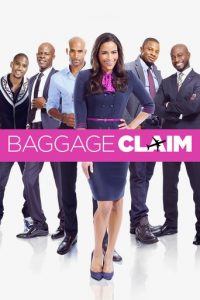 Pledging to keep herself from being the oldest and the only woman in her entire family never to wed, Montana embarks on a thirty-day, thirty-thousand-mile expedition to charm a potential suitor into becoming her fiancé.

Pledging to keep herself from being the oldest and the only woman in her entire family never to wed, Montana embarks on a thirty-day, thirty-thousand-mile expedition to charm a potential suitor into becoming her fiancé.

In this adult romantic comedy, Montana Moore is on a mission. She has made a vow not to be the oldest and only person in her family that is still single. Montana is an airline flight attendant, who decides to try to rekindle romance with men of her past in hopes that sparks will fly the second time around. This movie is an adult comedy and it has some thematic material that might not be right for the younger members of the family. If you are wondering about whether to take the kids to this one, this family movie review will make the decision a little easier. The word is not out on this one yet and Parental Guide to the movies has it first.

This movie is a modern romance with both women and men in search of Mr. Right. One of Montana’s female group of best buddies in this movie is actually a guy. He is the mastermind that comes up with the brilliant plan to help Montana “accidentally” bump into one of her exs for a second chance at romance. The plan that he comes up with is to enlist her friends at the airport to keep tabs on her exs and arrange to have her on the same flight with them.

Success is hers, and she ends up on a flight with not one, but several of her exs. Things happen quickly the second time around. She has only thirty days to make something happen, and things do happen. This movie contains plenty of grown-up fun, like bubble baths for two and bedroom antics among people who are not married. It has plenty of drama and adults acting poorly in public. The characters are wild, fun, and opinionated. Finding a man for Montana is not easy. One of Montana’s friends makes that comment that none of the guys she dates wears wedding rings because it is “tacky.” This same girlfriend suggests that you can have great physical romance while looking for the right one to marry. These are just a few examples of the content of the movie. It has many more where those came from.

If you are looking for good family friendly fun, this may not be the right place to find it. Montana’s search for Mr. Right might not be appropriate for all audiences. The movie is filled with adult thematic content. This movie might not be in the flight path for family fun but if it is adult fun for the grownups that you are after, this situation comedy may be just the ticket.

Cloudy With A Chance Of Meatballs 2