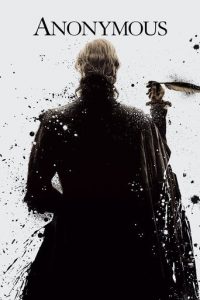 Set against the backdrop of the succession of Queen Elizabeth I, and the Essex Rebellion against her, the story advances the theory that it was in fact Edward De Vere, Earl of Oxford who penned Shakespeare's plays.

Set against the backdrop of the succession of Queen Elizabeth I, and the Essex Rebellion against her, the story advances the theory that it was in fact Edward De Vere, Earl of Oxford who penned Shakespeare's plays.

Anonymous is definitely a movie that will make you think. For many years, there has been a rumor floating around college campuses that Shakespeare was a fraud and that his works were plagiarized from the works of someone else. Sayeth it isn’t so! This rumor has finally got the attention of Roland Emmerich, the director of Anonymous. Let this family movie review explain further.

This political thriller is set in Elizabethan England. The set is fabulous and filmed onsite in England. It contains everything one could want in a movie about the Elizabethan court. However, it also has incest, illicit romances, power plays, and lots of cloak and dagger stuff. In other words, it is an accurate portrayal of the time and politics of the time. It has violence, a scene with a graphic beheading, rear nudity, and lots of blood and pestilence. The medieval version of the F-word is spewed forth, along with other colorful medieval insults. For this reason this parental guide to the movies must rate it closer to an R.

That being said, for the high school student who is studying Shakespeare, it is a must see. It brings the political climate of the time and the social constructs into light in a way that words on a page cannot. They will be challenged to decide whether they agree or disagree with the premise and conclusion of the movie. So will you. Regardless of whether you believe the evidence presented in the movie or not, this movie is one of the most accurate portrayals of Elizabethan England in a long time. The costuming is dead-on accurate, as are the relationships and politics of the time. It portrays the social classes exceptionally well and many other historical concepts.

This movie makes you engage in an exercise of critical thinking. You have to decide whether you are critically looking at the evidence, or whether you are blindly accepting what you have been taught. This movie challenges the viewer to challenge what they have accepted as fact in the past. It is a good exercise for the open-minded. This parental guide to the movies urges you to take your kids to see this one, if they are old enough. Then we want to hear about what they thought on Parental Guide’s Facebook Page. Did they believe it or not?

The Adventures of Tintin