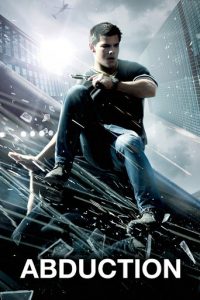 A young man sets out to uncover the truth about his life after finding his baby photo on a missing persons website.

A young man sets out to uncover the truth about his life after finding his baby photo on a missing persons website.

Abduction rates as an action packed thriller. The main character, played by Taylor Lautner finds his baby picture listed on a missing persons website and sets out to find the truth about who he really is. In the process, he finds out that he entire life is a lie and that an entire organization wants to kill him. Abduction is an action-packed thriller complete with chase scenes, explosions, lots of bullets flying, running for your life, and other various and a sundry forms of violence. This family movie review does not consider it to be a movie for the very young, or the faint of heart. For those of you that are a little more adventurous, and old enough to see this movie, read on.

It is hard to say that much about this movie in terms of uniqueness. It is like many of the other action thriller movies that fans of that genre have come to know and adore. It has helpless female characters riding on the back of a motorcycle with her strong male hero in the driveräó»s seat. The main character is a high school student, so this movie was targeted to teens. The question on every parentäó»s mind is whether it is really appropriate for that age group. This is something that every parent must decide for themselves. Letäó»s dig a little deeper.

First, the main character must stop the group who wants to kill him. He is shot at, kisses a girl, and must kill them before they kill him. The teenager in the Abduction movie is in grave danger of his life. This thriller movie might be appropriate for older teens, but it is filmed more like an adult action movie. It reminds me of any action movie that has been made for adults in the past. A few that come to mind are Lethal Weapon, James Bond flicks, Die Hard, and others. The only difference is that these movies were made for adults with adult main characters. The teen in this movie is in the same role, only he is still a high school student. The teen goes from normal high school student to kill or be killed.

This family movie review feels that the makers of Abduction movie took an adult movie with adult themes and made it appeal to a younger teenage audience by taking a rehashed adult action plot and inserting a teenage lead character. Is it appropriate for your teen? Only you can decide that, but this parental movie guide feels that it is closer to an R, not because they crossed the line of their own rating system, but because of the situation the teen is placed in throughout the movie.